Why Did Amazon Grow Faster Than a Company Like eBay? 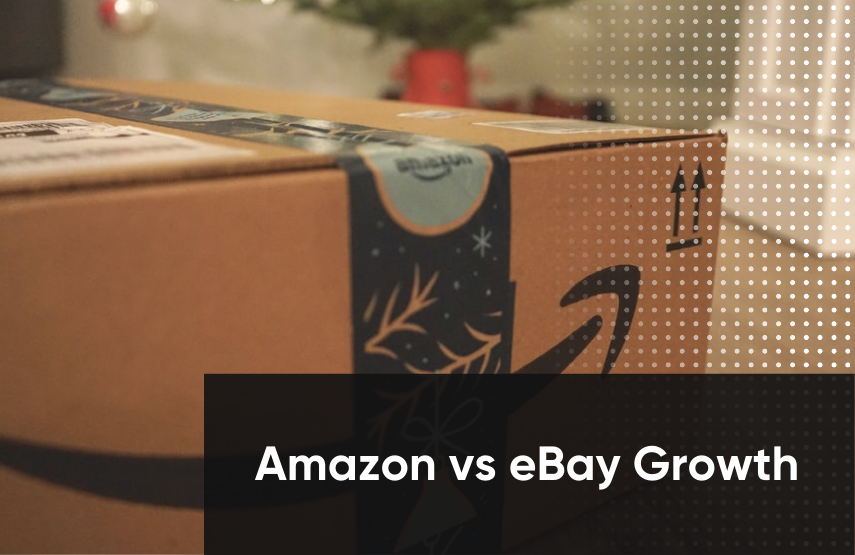 Amazon and eBay are the two largest e-commerce marketplaces in North America by gross merchandise value (GMV). On the surface, they may seem similar, but the two have experienced drastically different growth paths. eBay has grown much slower and is still a small company compared to Amazon. eBay’s 2020 GMV totaled just $100 billion compared to Amazon’s $475 billion ($295 billion of which was from third-party sellers).

From its early years as a simple online book store, growth was always an integral part of Amazon as a company. Founder Jeff Bezos believed that early growth was most important even more so than profitability. It was his view that rapid growth in the early years could help distance the company from competitors. Once the company reached a certain size, it had better chances of long-term viability. This desire for expansion and innovation became a part of the company’s culture and is a big contributor to their sustained success.

In a recent interview with the On the Horizon podcast, our CEO Faisal Masud talks about his time at both Amazon and eBay, noting a distinct difference in the companies’ cultures. This post examines how this difference has helped Amazon experience much faster growth.

Faisal describes Amazon as a data-driven company focused on execution. When they need to make a decision, they analyze the data to see what they should do and to find the right time to do it. This ability to execute quickly is why the company has always had unparalleled speed to market.

In comparison, eBay is more focused on consensus than execution. Decision-makers work together to find mutually acceptable solutions. If the entire group isn’t on board with a decision, it won’t move forward. Operating through consensus requires effective communication and patience. Individuals must be flexible and have a willingness to listen to the perspectives of others. It is because of this that Faisal notes that eBay had a degree of empathy not present at Amazon.

While it may lead to a better collaborative environment, consensus creates a lack of true ownership. When individuals don’t have the responsibility to drive initiatives forward, growth can stall. Amazon thrives on the “disagree and commit” leadership style because, at some point, a decision has to be made even though not everyone will agree. On the other hand, eBay has continued to struggle with the groupthink framework of decision making.

There are other factors that played a big part in Amazon’s rapid growth. This includes talent acquisition, last-mile experience, and owning the customer experience.

Amazon aggressively pursues top-level talent. The company needs great employees to execute at a high level and pursue its goal of innovation.

Amazon’s focus on optimizing the last mile experience played a big role in the company outperforming its e-commerce competitors. The ability to consistently provide fast and reliable deliveries helped Amazon grow a massive base of loyal customers.

Amazon is well known for its emphasis on being customer-obsessed. The company has put great effort into creating the best possible shopping experience for its customers. They were one of the early companies to focus heavily on adding personalization to their e-commerce experience. Doing so accelerated the discovery process and made content highly relevant to each user.

Personalizing the customer experience at scale forced Amazon to design a new e-commerce architecture. The traditional monolithic setup was not a viable option for a company that needed to make frequent changes to adapt to customer needs. They decided to implement a true microservices-based architecture where the backend components function as independent services. This gave them the ability to make rapid updates without experiencing costly interruptions.

More companies are now following in Amazon’s footsteps and embracing headless commerce. fabric has designed its suite of headless e-commerce products to give organizations the same flexibility and scalability, without needing Amazon’s resources.

How Can You Improve E-Commerce Warehouse Management?

How Do You Migrate From the Oracle E-Commerce Platform to Headless Commerce?

How Can You Prevent Common E-Commerce Security Issues?