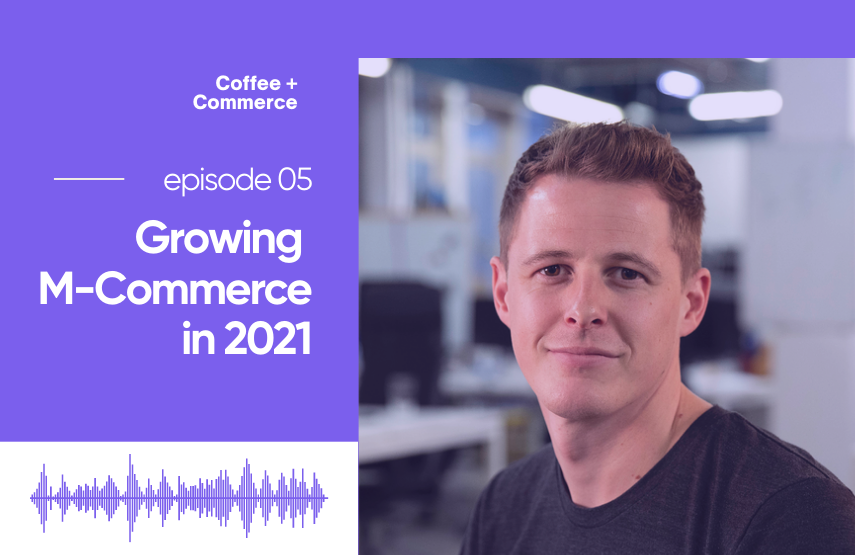 In this episode of Coffee + Commerce, Mike Hann, EVP of Revenue at Fabric and the co-founder of Poq, joins us to discuss how brands and retailers can grow commerce through mobile with headless commerce, APIs, and good design.

Mike made the Forbes 30 Under 30 list in the Retail and E-commerce category while growing Poq, an app commerce company. Before Poq, Mike was an e-commerce consultant at ChannelAdvisor and the head of e-commerce at Xerox.

To learn how to grow mobile commerce in 2021 based on Mike's experience, listen to this episode of Coffee + Commerce and get key takeaways in the blog post below.

What got you interested in mobile e-commerce and app commerce?

Were you mostly focused on desktop and browser e-commerce at Xerox or did you experiment with mobile as well?

How did you co-found Poq?

How did you grow Poq?

How do you integrate a mobile app with an existing commerce platform?

When should businesses introduce a mobile app?

Do you think we are at a point where augmented reality can be seamlessly built into mobile?

Once you have a mobile app, how do you start driving traffic to it?

What are some app commerce tools to complement the app in terms of analytics?

What makes a mobile experience memorable?

If you enjoyed this episode and breakdown, subscribe to Coffee + Commerce on your favorite podcast player to get expert insights on scaling e-commerce.