Will Shopify Scare Amazon Into Another Webstore Fail? 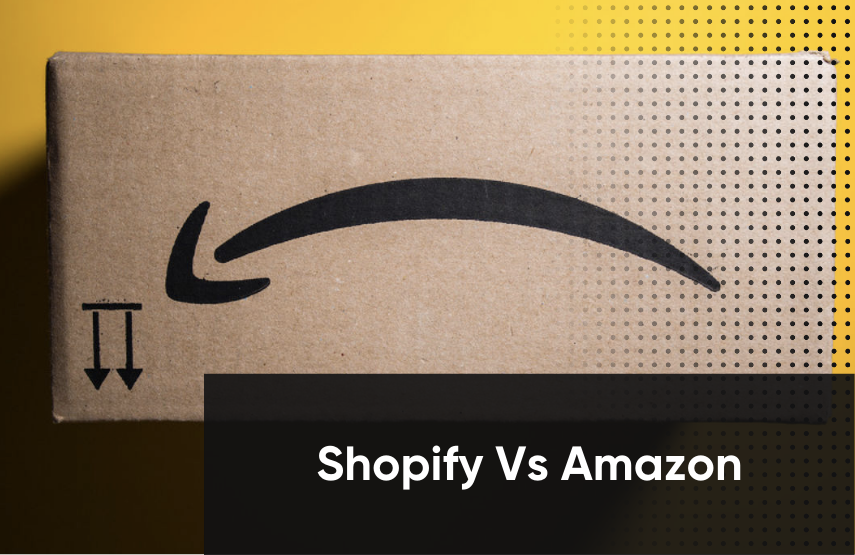 This article was originally published on LinkedIn when Jeff Bezos reportedly "returned to the trenches" of Amazon after perceiving Shopify as a threat. We republished it here as Shopify Vs Amazon battles continue to wage. This article reviews the strengths and weaknesses of each company based on Faisal's experience at Amazon and other large e-commerce companies.

Shopify’s meteoric success is starting to give Amazon some nightmares. Not only because of the recent $5B GMV generated by Shopify merchants during Black Friday 2020 but also because Shopify is starting to turn its Shop app into something that resembles a third-party marketplace. This means competition for Amazon with its core business from two fronts: marketplace and fulfillment. (Yes, Shopify has a fulfillment network with better branding capabilities.)

The challenge this time is that Amazon is facing real competition and not playing with a slow-moving, consensus-driven, unimaginative eBay and Walmart. Amazon was able to crush eBay and Walmart in short order with its core competencies: innovation, hiring top talent, building world-class technology, and obsessing over customers.

Shopify seems to have noticed that the merchant is missing in Amazon’s core focus, and they have taken advantage of it quickly. This is one of the reasons Bezos has reportedly returned to overseeing day-to-day operations at Amazon.

Jeff Bezos is back in the trenches

This was the headline of a Business Insider article that hit my inbox a few weeks ago. The article stated that, according to Amazon insiders, he’s getting more involved due to emerging competitive threats like Shopify. It also stated that he’s been involved in discussions about launching an online store service to compete with Shopify.

Obviously, Bezos knows commerce inside out. I was fortunate to be at Amazon in the early days (2002) and learned important lessons from him (along with other S-team) while building Amazon’s inventory planning systems in addition to later launching AmazonBasics, AmazonTradeIn, and AmazonWarehouse. So this news of him wanting to compete with Shopify was not easy for me to digest. Surely, Bezos remembers that Amazon already tried to compete with Shopify and failed with Amazon Webstore. And now they may try again?

Whether this is true or not, playing defense is not Amazon’s style. Amazon is in the business of innovation. It’s why Bezos spends most of his time thinking about the future. Also, building a product to compete with Shopify doesn’t align with Amazon’s values. Unlike Shopify that focuses on the merchant—who you need to focus on to build small business software—Amazon focuses on the customer.

Amazon also focuses on the developer, which is why Amazon Web Services (AWS) has become the go-to cloud services provider. With this in mind, a more obvious e-commerce offering seems to be a microservices-based, headless commerce platform for big brands—like what we’re building at Fabric. After all, this is the technology Amazon used to build amazon.com and what started the idea for AWS. But it seems Amazon is losing sleep over Shopify.

Shopify is arming the rebels

About a year ago, Shopify’s CEO was asked on Twitter if it was true that Shopify was aiming to become the next Amazon. He responded by saying that, if anything, Amazon is trying to build an empire while Shopify is trying to arm the rebels.

When I forwarded the “Amazon is scared” article to Fabric’s co-founder, Ryan Bartley, he was reminded of this Star Wars analogy...

It’s true: while a fun reference, no battle needs to be fought. Amazon can continue doing what it’s doing: building an amazing online experience for customers across all categories of shopping, and Shopify can continue doing what it’s doing: giving small businesses the tools they need to succeed online.Each company has a place; each company is important; each company can participate in trade. Shopify sellers can and will continue to sell on Amazon; Amazon sellers can sell on Shopify.

Problems arise when company’s veer from their original vision, like when Amazon attempts to focus on the merchant with failed products like Webstore, and when Shopify attempts to do something other than serve small businesses.

I think it’s fun that Shopify uses the Star Wars analogy, but I think they’re confused about who the rebels are. Don’t get it twisted: the rebels are small businesses. Shopify is trying to get large businesses to join this rebellion but it just doesn’t work.

At Fabric, every day we speak with fast-growing businesses who are severely limited by Shopify Plus, the platform that Shopify attempted to build for large businesses. The templated nature of the frontend and the monolithic nature of the backend make it impossible to scale. Yet, like Amazon did with Webstore, they are trying hard to make it work. This is a distraction.

When I think of the real rebels of Amazon, I think of high-profile brands like Nike, Birkenstock, and Dyson who stopped selling on Amazon due to channel management and other authorized seller issues. Let’s be clear, these brands are not using Shopify Plus. They are using custom software or old enterprise commerce platforms like Salesforce Commerce Cloud (previously Demandware).

They are facing problems here, too, as custom software is hard to maintain and legacy platforms are overpriced and severely limiting. Despite these problems, it seems Amazon won’t help them because they’re trying to compete with Shopify, and Shopify can’t help them because their platform can’t support all the different use cases of big business. (Like Salesforce Commerce Cloud, Shopify is a monolith.)

Where do big brands go?

Echoing what Ryan said, at Fabric we don’t see e-commerce as a battle. Rather, it’s a means of connecting through trade. And this is why we’re building what we’re building: a suite of scalable, cloud-based commerce services that are independent of one another yet highly extensible and easy to connect with other services and platforms.

Below is a little sneak peek at what we have built and are continuing to expand on at Fabric. You can see how our user interface and apps (i.e. Co-Pilot) interact with Fabric’s services, external services, and different systems. All of this works together to create a custom storefront and shopping experience where anything is possible.

This approach to scaling commerce has been called many names: headless commerce, modular commerce, and MACH commerce. It’s how Amazon built its empire and it’s how we, at Fabric, plan to help big brands build their own. Shopify can keep its rebels, and Amazon can keep its empire. We’re happy to be the carriers of trade, capable of flying anywhere, without limits.

If you are reading this and run a mid-market or enterprise e-commerce business that has outgrown Shopify or wants to part from legacy platforms (i.e. Oracle ATG, SAP Hybris) check out Fabric.

Faisal is the CEO at Fabric. Previously COO at Wing, Google, Staples, and Amazon.

Shopify Plus: The Last E-Commerce Monolith

The Frictionless Future of Replenishment